As artists working in public space, we believe in the radical potential of compound participation. We built the Invisible City Survey booth to be unintimidating and portable – a lemonade stand style pop-up desk interjecting playfully into the routines of people using the Bow River Pathway in Calgary. This booth is where Calgarians can participate in the Invisible City Survey (although you can also participate online here). 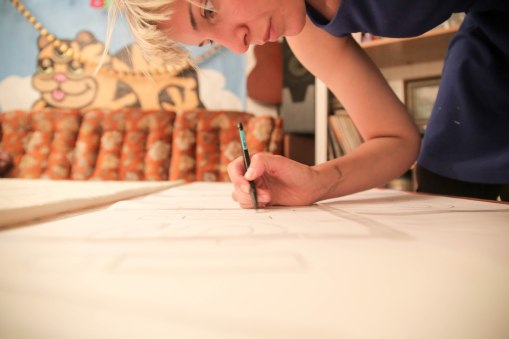 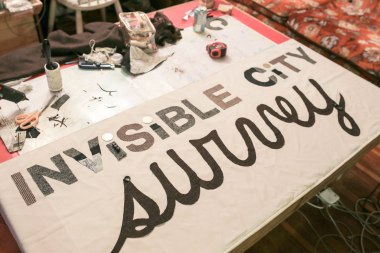 The booth’s banner is handmade from second-hand coats, lending it a domestic and homey quality. The portable desk was originally built for a Singer sewing machine, retrofitted with wheels and a plexiglas display case.

Inside this case, visitors can see surveying devices, measuring implements, papers, and mechanisms from my Papa – WM. G. Skulsky – a surveyor in Calgary many decades ago. In this sense, the booth is a cabinet of curiosities and a gentle tribute to a good Grampa whom I miss very much. 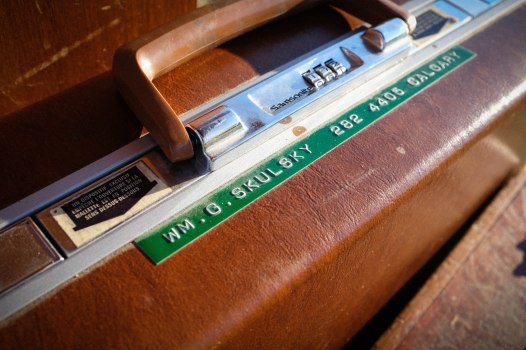 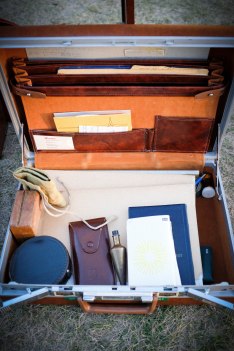 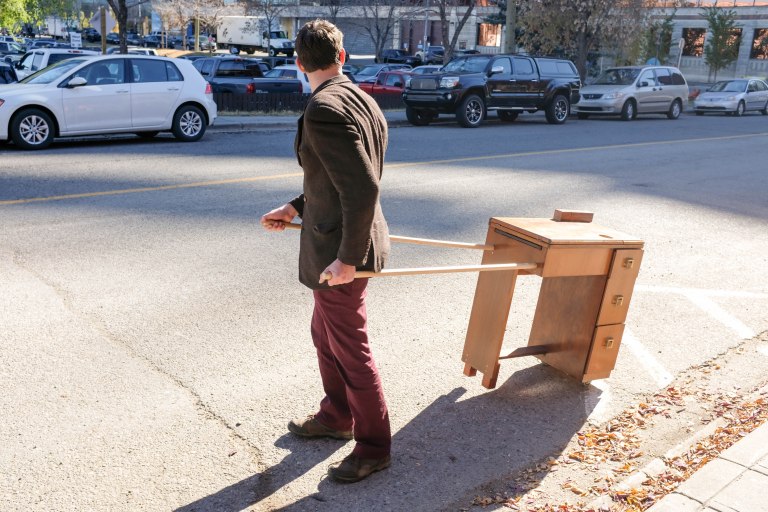 At the booth, we invite the public to participate in Public Art, asking passing citizens to contribute increments of text by answering two questions. These fragments will be interpreted and inscribed into thousands of survey monuments, becoming micro-narratives in a larger, less cohesive story – a ‘found poem’ of sorts. 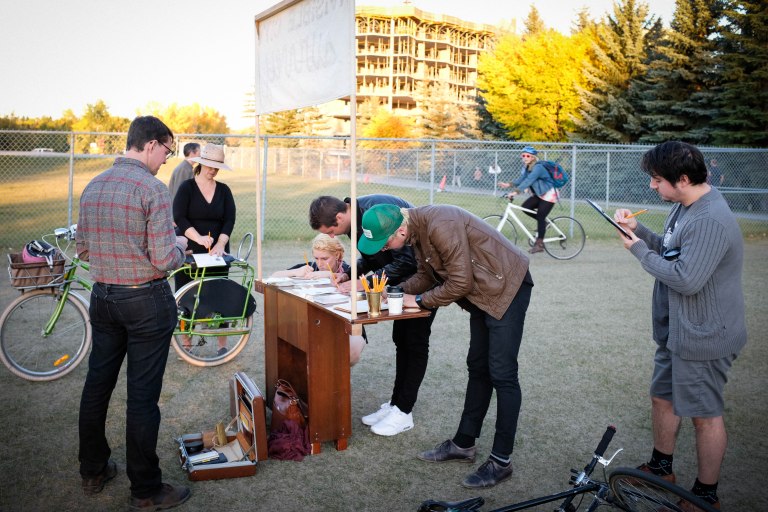 The Invisible City Survey is intended as an invitation and intervention. Whether people choose to stop and contribute, debate the role of public art in the cityscape, or walk by passively is up to them. We have offered an opportunity for feedback and engagement, and the results have been fascinating.

While most of our interactions have been positive (most people are very generous with their time and thoughts when given a chance), we’ve been equally fascinated with perspectives very different than our own. We welcome the authenticity of these responses. By exchanging thoughts with Calgarians and visitors from many different origins, we’re developing a more real, disillusioned understanding of the place we share, beyond truisms or generalizations.

We’ve been told by visitors that Calgary is the “best” and “hardest” city in the world, the “most beautiful” and the “least friendly,” “a perfect place” and “a ruined city” – and all are true statements in the eyes of the people who made them. While we live in the same city, the ways we see this place are radically different.

On a foundational level, the Invisible City Survey is intended to tap into the undercurrents of Calgary, with emphasis on imaginary and invisible spaces – interpreted into 50 characters or less. The project traces desire lines between where we are, and where we want to be.

As time passes, the monuments will tarnish. Traffic through the Delta Garden will wear polished desire lines through the space, tracing the most popular routes. Text inscribed into the monuments will slowly be worn away by the movement of people. Similarly, time will change the text – perhaps in many years, participants will come to visit their fragments, and see them freshly through a lens of years gone by.

In asking for participation through the Invisible City Survey, it is our hope to ground this yet-unnamed artwork in Calgary as a specific, complex, and changing place, seen differently by all who live here. Perhaps my city is invisible to you, and yours is invisible to me, but somewhere between us, a hybrid Invisible City binds us together. 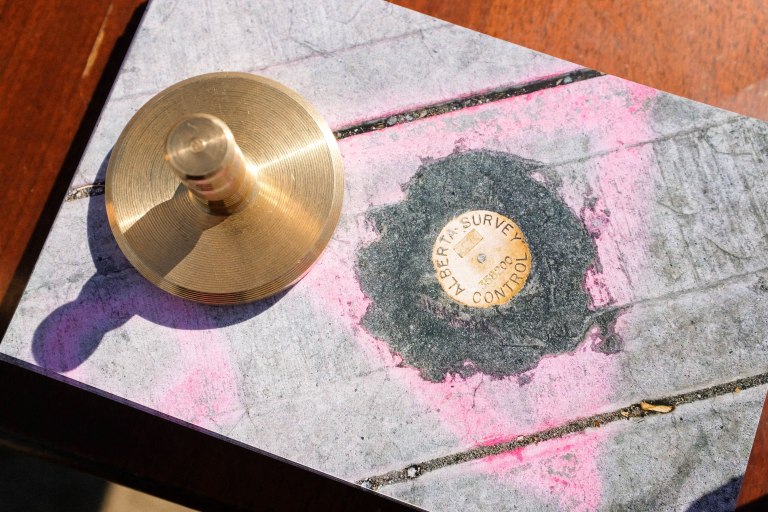