Water does not resist. Water flows. When you plunge your hand into it, all you feel is a caress. Water is not a solid wall, it will not stop you. But water always goes where it wants to go, and nothing in the end can stand against it. Water is patient. Dripping water wears away a stone.

… ultimately everything, nature and culture as well, and thus man and his habitat, are connected in an infinite, diverse systems of relationships.

The Bow River, metaphorically and literally, shapes our city, carving its form into our shared space and heavily influencing the psychogeography of this place. In pre-colonial times, the river was free to move and adapt to variable flow through the watershed, charting its own course over the land like a labile snake. Since the founding of Calgary and its metropolitan centre hugging the riverbank, increasing efforts have been made to contain the river, harness its flow, and alter its natural movements – with renewed urgency since the Hundred Year Flood in 2013. 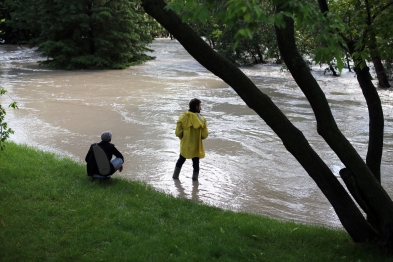 The site of Delta Garden marks a former branch of the Bow River, altered in the late 1800s to create Prince’s Island for a burgeoning lumber mill (Eau Claire Lumber). Perhaps for this reason, when flooding occurs, the river pushes hard at these banks, reaching for its former course. The difference now is that the city pushes back.

In Alberta, the province owns the riverbed. When floodwaters erode the bank into the river, ownership over the land shifts, perhaps forever. Property lines must be re-measured, re-quantified, and questioned. While global warfare and conquests have influenced a majority of our boundary lines, the natural barriers of water and land are the most inarguable dividing lines, almost entirely beyond our control.

When left to their own devices, rivers wander through the landscape, shifting course – sometimes dramatically – over relatively short periods of time (see above). The health of riparian areas can help prevent erosion and moderate the effects of this overflow, but almost the entire city of Calgary is built on a floodplain: dig down deep enough, and the soil will tell the story. By comparison, something interesting happens when we contrast the way rivers carve through the landscape with the way people map and triangulate the land (see below).

It’s this tension – that between natural + manufactured, chaotic + contained, meandering + mapped, erosion + sediment – that we hope to explore through our work with Calgary Public Art in the Delta Garden. It’s (seemingly contradictory) maps, like the two above, that have most influenced our thought process.

The Delta Garden, designed by O2 Planning + Design, takes its form from a stylized river delta – a fictional place based on compound delta imagery from Alaska and elsewhere, nonexistent within the Bow River system. This mythical map treats pedestrians like water, funneling traffic from the geyser of the Peace Bridge into a newly designed Eau Claire pathway system. They become the water, rushing through the pathways. 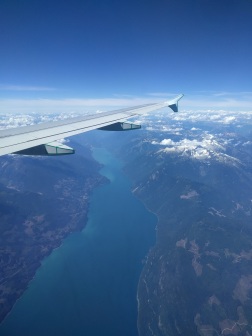 The Garden itself is a slowing space where pedestrians mix and linger, choosing their own course through the landscape – not unlike water, picking its way over earth. While allowances are made within this metaphor for functionality and flow, we’ve chosen to respond to the design of the Delta Garden as a mythical map, a manufactured landscape, and a confluence where nature and culture meet. This is where we choose to reflect on geodesy, surveying, mapping, and desire lines… 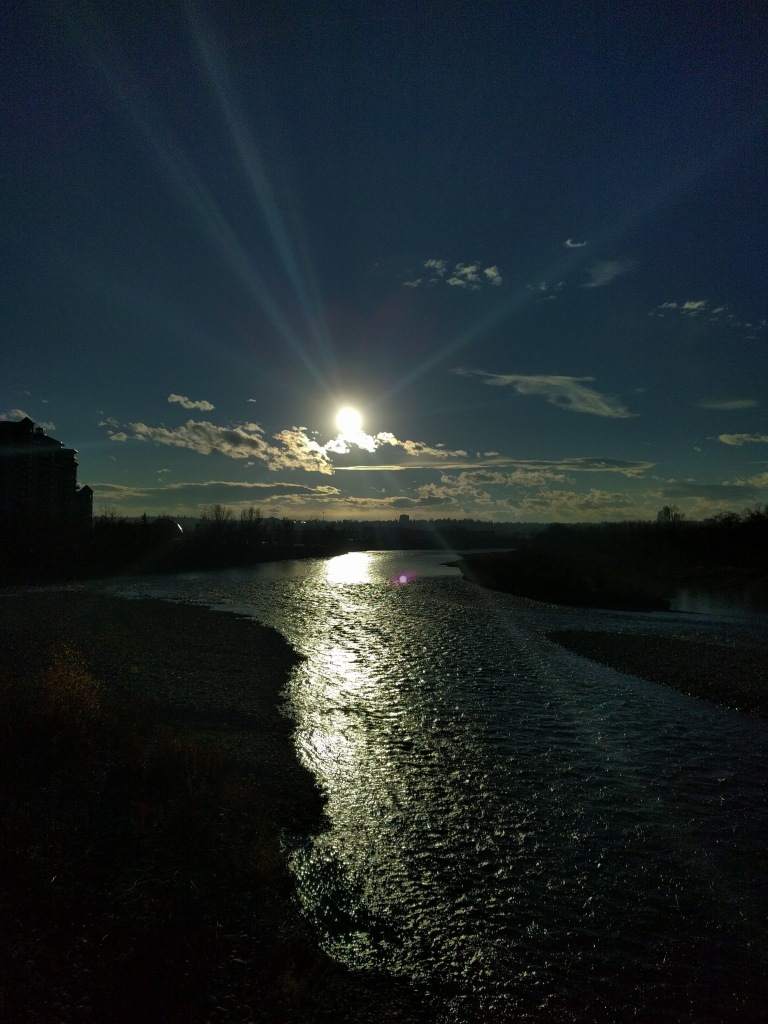